FIGHTING FOR VETERANS’ RIGHTS
Unlike other firms, we concentrate only on veterans' disability claims.
GET A FREE CLAIM EVALUATION

If a veteran loses an appeal with the Board of Veterans Appeals (BVA), he or she still has recourse in the courts. While the The Board is the final arbiter within the VA, its decision can be appealed to the U.S. Court of Appeals for Veterans Claims (CAVC).

The CAVC functions as a separate entity and is not a part of the VA. It is a court created exclusively veterans that is part of the federal court system, and it can review any BVA decision.

The statute of limitations for filing an appeal in court is 120 days from the date of the final BVA decision. During the appeal to the CAVC, no new evidence can be introduced; the court will hear only facts that were considered by the BVA. If an appeal with the CAVC is successful, the VA may still appeal that decision, which is one significant reason you should obtain the assistance of an attorney to review the facts and prepare arguments.

The initial part of your appeal will involve establishing the official Record to be considered by the Court. After the Record has been filed, a conference will be scheduled with the VA attorney to discuss errors noted in the prior litigation of your claim in an attempt to have your case remanded at its earliest opportunity. If VA does not concede to error, we will be required to submit a brief that outlines the legal bases for error. The VA then would have 60 days to respond with its brief. Once the matter gets assigned to a judge, we can expect another 9 – 12 months for a decision.

The VA ROs, BVA and Court have a substantial backlog of cases. It takes many months just to get the record ready. Do not be surprised if it takes over a year for a decision. Our goal is to keep your case on track and get your appeal back to VA for correction of errors at the earliest opportunity and press for a favorable decision. We do this through telephone negotiations with the VA attorneys in an attempt to shorten the appeal period.

Beyond the Court of Appeals for Veterans Claims, an appeal can be made to a Federal Circuit Court and finally, the United States Supreme Court.

We work hard, devoting over 20,000 hours of time to veteran disability law each year. We offer veterans their best chance at a successful claim.

Attorneys and staff at Legal Help for Veterans have over 30 years combined experience representing veterans and decades of military service.

Last year, our clients received over $5,000,000 in retroactive benefits and won over 100 cases in the US Court of Appeals for Veterans Claims.

As veterans and lawyers, we recognize your need and will give you the time and attention you deserve, making your case our top priority.

Our goal is to keep your case on track and get your appeal back to VA for correction of errors at the earliest opportunity and press for a favorable decision.

Members of the Legal Help for Veterans practice group are former service members who bring not only legal expertise but an understanding of service and duty. The members of the group have medical and administrative backgrounds as well as finely honed legal skills developed over twenty years of practice and experience. 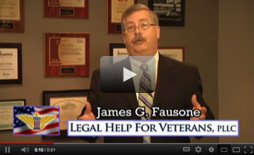 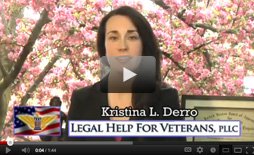 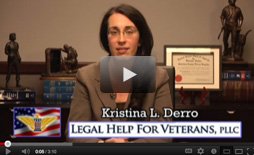 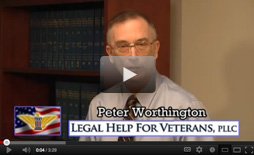 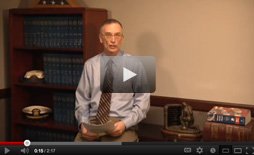 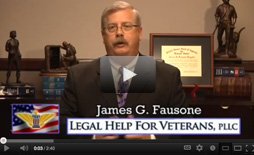